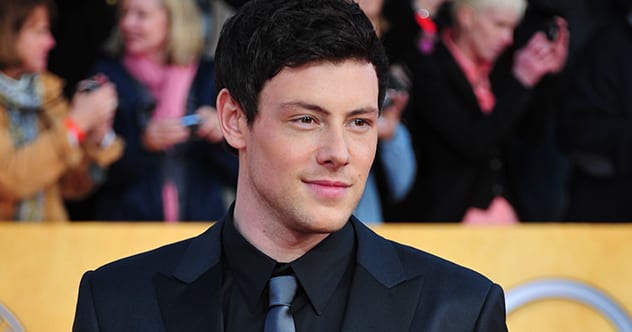 Some shows make a point to devastate their fans on a regular basis (here’s looking at you Grey’s Anatomy). Others carry on in their usual sitcom or drama ways and then boom, out of the blue, the show hits you with an episode so sad, you sit bawling for an hour after watching it (the Jurassic Bark episode of Futurama is a prime example of this).

On this list are just some of the most heartbreaking moments that have caused fans of these popular TV (or Netflix) series to tear up more than once. Possible spoilers ahead.

Glee is a love-it or hate-it kind of show, mainly because of the divided opinions on its numerous musical numbers. The first season received rave reviews, 19 Emmy Award nominations, 4 Golden Globe nominations, but then the show steadily declined in popularity from Season 3 onwards. When the shocking news of Cory Monteith’s death hit headlines, fans immediately knew they were in for a rough ride when a tribute episode was announced soon after.

Monteith played loveable jock Finn Hudson and when the tribute episode finally aired, there were heartwrenching moments aplenty. These included the late Naya Rivera singing “If I Die Young” and Lea Michele’s rendition of “Make You Feel My Love.”

The most devastating scene however is a short one that centers around Hudson’s mother describing how she sometimes forgets her son has died, only to remember and then feel like she’s getting that terrible phone call over and over again. Not tearing up as she cries for her son is impossible.

It was clear almost from the get-go that Broadchurch was planning a distressing scene to kick off its Season 1 murder mystery. The moment young mother Beth Latimer realizes the covered body on the beach is her missing son Danny, is truly heartbreaking and only one of the many tearjerker scenes throughout the series.

The most haunting scene for many fans, however, is the one where DI Ellie Miller finds out that Danny’s killer is someone she never would have suspected: her own husband. Olivia Colman’s raw acting during the scene and her reaction when she comes face to face with her husband after the revelation makes for an unforgettable TV moment.

The Fresh Prince of Bel-Air propelled the career of the ever-green superstar, Will Smith. During its six seasons, the sitcom provided fans with an abundance of hilarious and memorable moments, including the classic two-step dubbed ‘the Carlton.’

Things took a serious turn however in the episode “Papa’s Got a Brand New Excuse” and one scene in particular still packs a powerful punch all these years later. Will’s father, Lou, pitches up after not seeing his son for fourteen years only to disappear from his life again almost immediately.

Lou and Uncle Phil have a major falling out about Lou’s intention to leave without even saying goodbye to Will when the latter shows up. The subsequent conversation between Will and Lou and then Will and Uncle Phil makes for one of the saddest moments on TV.

Buffy the Vampire Slayer was promoted as a supernatural drama television series and received critical acclaim during its 7-season run. The Josh Whedon classic stopped airing in 2003 and since then hundreds of books and articles have been written about the deeper themes that were explored throughout the series.

One of these themes was grief and the episode that explored this was not only one of the most distressing, but also a poignant reminder of how suddenly death can turn anyone’s world upside-down.

Buffy’s reaction to finding her mother’s lifeless body on a couch in her home, and the way she says “Mommy” as the reality of the situation sets in, is heartbreaking. In that moment she isn’t the slayer of undead monsters, she is as human and real as the fans watching her.

Scrubs is another of those shows you only expect laughs from. After all, it is Scrubs that gave us a very funny fire extinguisher fight and a lively church choir in the hospital and Turk’s rendition of “Safety Dance”, all in the name of proving a point.

Some of the most crushing TV moments can also be found on Scrubs however. Who will ever forget the episode “My Screw Up” in which Dr Cox struggles to accept that his best friend and brother-in-law, Ben Sullivan has died. Ben’s death is revealed during the final moments of the episode when Dr Cox, who has been talking to an imaginary Ben throughout, walks into a cemetery with J.D to attend Ben’s funeral and Dr Cox fights back the tears.

5 The Hero of Riverdale

Ask just about anyone what the most bonkers show on TV is at the moment, and you’re likely to hear ‘Riverdale’ in the mix more than once. This is the show where teenagers help the FBI solve murder mysteries and the FBI agent in turn is revealed to not only be related to more than one of them, but is also the serial killer. This is in addition to the serial killer dad, the Black Hood, a high school girl running a speakeasy and Archie Andrews taking on a bear… and winning.

That being said, the cast and crew were dealt a terrible blow in real life when beloved actor Luke Perry, who played Archie’s father Fred, died after suffering two strokes at the age of 51. The resulting ‘In Memoriam’ episode starts out with Archie getting the news that Fred had died after stopping to help someone who was stranded on the side of the road.

The someone turned out to be guest star Shannen Doherty who was cast to pay tribute to her friend whom she acted alongside in Beverley Hills 90210. Her tearful speech to Archie is both beautiful and devastating.

4 The reunion that wasn’t to be

The awkwardness of Betty Suarez made for many laugh-out-loud moments in Ugly Betty. The charm of the first season unfortunately didn’t last long and the show was cancelled after its fourth season in 2010. Betty seemed to have finally connected with the person she was meant to be with: Daniel. Betty’s sister Hilda, on the other hand, had many boyfriends, but none of them caused her as much pain as Santos who gets shot during a robbery at a convenience store in the Season 1 finale. Santos was an absent father to Hilda’s son Justin and just as he returns and commits to Hilda and Justin, the shooting happens.

When Season 2 premiered, everything seemed to have worked out fine, with Hilda and Santos together and Hilda refusing to let him out of her sight. As the episode ended however, it was revealed that Santos didn’t survive the shooting after all and the entire episode’s conversations between him and Hilda was just her imagination as she grieved her loss.

54-year-old actor John Ritter, was working on his hit sitcom “8 Simple Rules For Dating My Teenage Daughter” when he fell ill on 11 September 2003, which also happened to be his daughter’s 5th birthday. He was rushed to hospital where he underwent emergency surgery for a tear in his aorta, but died shortly after 10pm that night.

Ritter’s character in 8 Simple Rules was sportswriter Paul Hennessy, who suffered a similar fate in the episode titled “Goodbye.” He collapses at the store while out buying milk and dies. Each family member then acts out their grief the only way they knew how before finally coming together and listening to Cate Hennessy reading out Paul’s last written article.

2 So much potential, lost

13 Reasons Why is the most controversial show on this list, for its intense depiction of dramatic material throughout its 4 seasons. There was a huge outcry over its graphic suicide scene in Season 1 with many viewers believing it would inspire teens to try and emulate the act. Two years later, Netflix finally edited the footage and took steps to monitor pirated clips of the original scene.

The series features many more shocking moments, including rape, bullying, drug use, a near school shooting and death. At the end of Season 4, the heartbreaking death of fan-favorite Justin Foley, had viewers up in arms yet again. Foley had struggled with substance abuse, suffered physical abuse and was homeless for while before eventually getting his life back on track.

At the prom in the finale, Foley collapses and is rushed to hospital, only to hear that he is HIV positive and that the disease had already progressed to AIDS. Shortly after, he dies of AIDS-related pneumonia and fungal meningitis.

(This is a new Netflix series, so definitely don’t read on if you haven’t watched it, or haven’t finished watching it.)

In yet another book turned into Netflix series, Firefly Lane explores the deep friendship between two teenage girls who, as they grow older, grow even closer together. There are loads of predictable moments, funny moments and also sad moments. In an unusually dark scene however, one of the main characters, Tully, loses the baby she didn’t even know she wanted so badly, and on her wedding night of all nights.

This happens right at the point when Tully finally decides to let herself be happy and devastates her completely. On her show, The Girlfriend Hour with Tully Hart, she tries hard to keep it together but finally lets her heartache show as she asks the audience members who among them have suffered a miscarriage. The inclusion of this scene was applauded by fans for being real, honest and not romanticizing the concept of miscarriage.