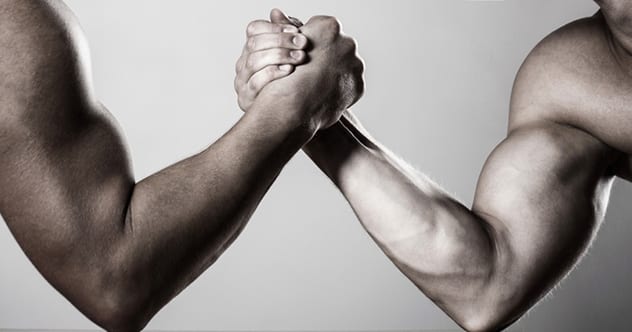 In 1859, Charles Darwin published his landmark book “On the Origin of Species”. In the book, he proposed the theory of natural selection, where he stated that the body and organs of living things slowly adapt to become better at whatever they are used for while parts that have fallen into disuse become smaller before finally disappearing.

Like other plants and creatures, the human body is the result of millions of years of natural selection. The body parts we need for our survival have become specialized at what they do while the ones we do not need are gone. But what parts have we lost over time? That is what we are out to answer. 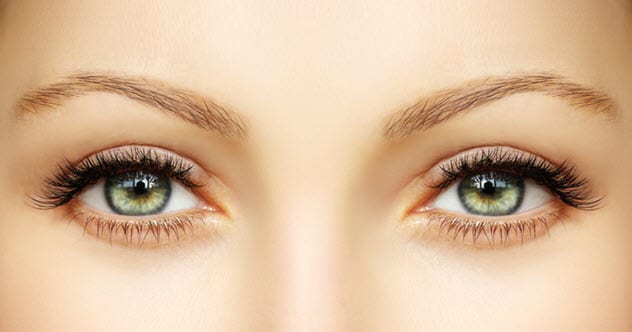 Several species of early humans including the Homo erectus, Homo heidelbergensis and our cousins, Neanderthals, had brow ridges. That is, the area of their heads right above the eyes reclined backwards into the top of their heads, just like the heads of chimps and gorillas.

Today, we Homo sapiens have lost our brow ridges. Instead, we have flat faces and high foreheads that go straight upwards until they merge with the top of our heads. Why is this so?

Researchers are unsure as to why ancient humans had brow ridges or why we lost them. However, they think we may have lost them for social reasons. During a social experiment, anthropologist Grover Krantz realized that people avoided him and even crossed the streets just to avoid passing his side when he wore a Homo erectus-like facemask in public.

This indicates that brow ridges were not so friendly and had to go as humans got more social and started living in large communities. In exchange, our heads got smaller and we developed more prominent and movable eyebrows we use to pass subtle information and emotions. 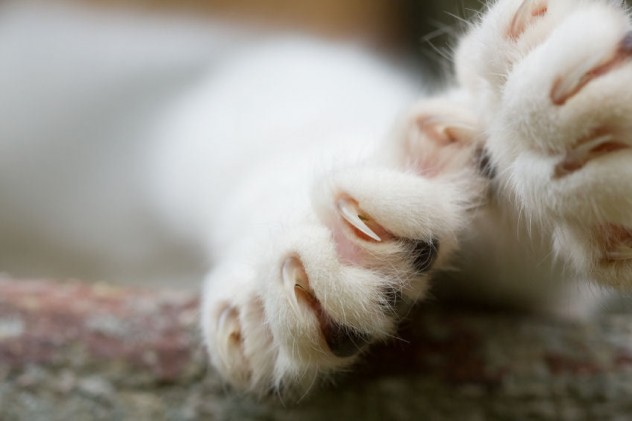 Logic dictates that herbivores have hooves, carnivores have claws and omnivores have either claws or fingernails. Actually, all omnivores would have had claws, if it were not for primates, a group of closely related creatures that includes humans, apes, lemurs, lorises, monkeys and tarsiers.

The earliest primates had claws, which they used for digging and scratching but they lost them when they started living on trees. Now, claws are very useful for climbing trees. However, they quickly become a drawback whenever a primate wants to move from one branch to another. This was why early primates developed hands and fingernails that could climb trees and grab branches. 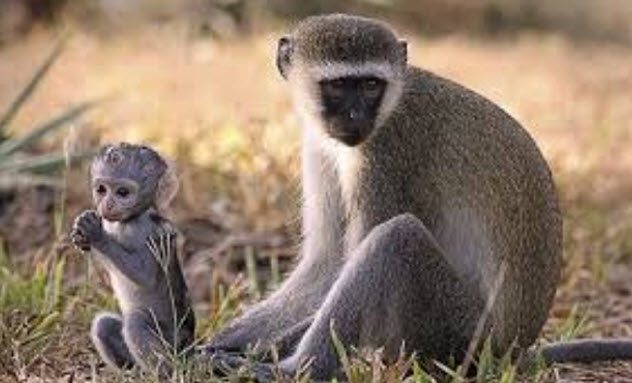 We have all probably seen a photo of an ape using its feet to grab things or hang from tree branches. Those are prehensile feet and are a defining characteristic of apes and primates. Think of them as feet that can act as an extra hand when required.

Humans are the only primates that do not have prehensile feet. We used to have them but not anymore.

Take a peep at the teeth of chimpanzees, gorillas, orangutans and other large apes and you cannot miss those long and sharp canine teeth. We humans have canine teeth too but those are only in names. They are neither long nor sharp and are barely longer than the other teeth in our mouth.

So why do we not have long and sharp canines like other apes?

We actually used to but lost them after they fell into disuse. Like other apes, early humans developed large canines to fight other males for dominance. The prize of these fights was an exclusive mating right to several or all females in the group.

However, fights for dominance slowly fell into obscurity as early human babies got weaker and vulnerable to predators. This made human males spend more time protecting their babies than fighting for mating rights. Our canines have been getting shorter ever since and are currently the smallest that they have ever been.

The earliest humans had long arms and short legs, much like today’s apes, when they first appeared six million years ago. We, in reverse, have shorter arms and longer legs. Why did this happen?

The reason is not far-fetched. The earliest humans were shorter and survived on a plant diet. This meant they required a larger digestive system and organs to process their meals. This made their rib cages expand to accommodate their larger requirements for digestion.

Things changed 1.9 million years ago when humans migrated to hotter climates and added meat to their diet. Their bodies became narrower and their digestive system got smaller since meat requires a shorter digestive tract and organs to digest.

At the same time, the legs got longer to allow them cover longer distances while seeking and chasing prey. The legs of early humans continued growing longer until the first Homo erectus appeared. They were the first ancestors of the modern human to migrate out of Africa. Their legs were spectacularly long, which helped them lose body heat. 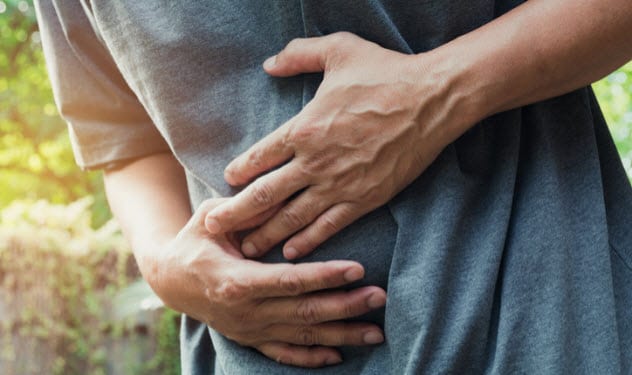 The reverse happened because early humans made the switch from a strict herbivorous diet that consisted of low quality plants to an omnivore diet that included lots of high quality meat. Their stomachs got smaller because meat packs more nutrients and energy than plants. 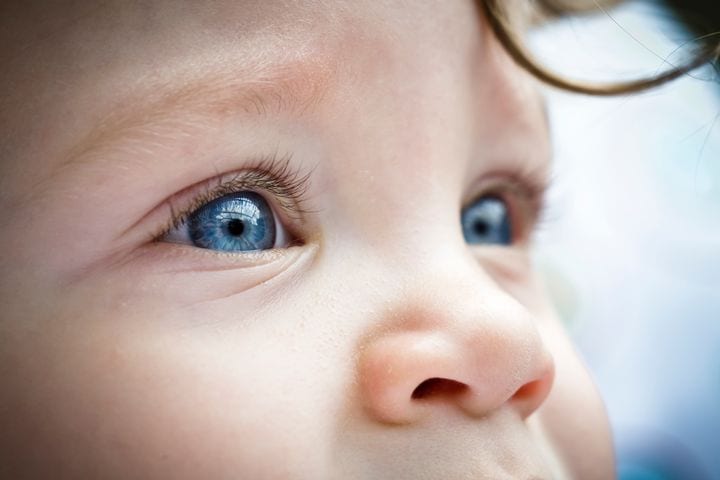 Some species of early humans had large eyes. This includes Neanderthals, our cousins, who freely interbred with early Homo sapiens for about 5,000 years before going extinct.

Researchers believe Neanderthals developed large eyes after migrating out of Africa to the colder parts of Europe and Asia where there was little sunlight. Their eyes got larger to accommodate more light. We Homo sapiens on the other hand, have smaller eyes because we remained in Africa where there was enough sunlight.

Curiously, there are suggestions that Neanderthal’s large eyes were a double-edged sword that may have contributed to their extinction. Researchers believe they dedicated a larger part of their brains to process information from their eyes. This meant other parts of their brains, including the parts they needed to develop complex social skills as Homo sapiens did, were smaller. 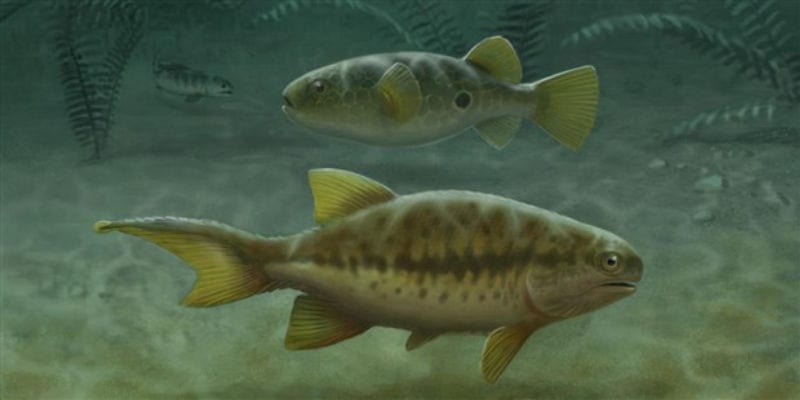 Modern humans grow tails in the embryo and have small tailbones after they are born. The tail and tailbone are actually the remnant of the longer tails we used to have. However, we lost those tails twice. We grew it, lost it and grew it again before losing it for a second time.

Humans first lost their tails when the Aetheretmon, an extinct fish considered the ancestor of all land dwelling creatures, lost one of its two tails.

Millions of years later, the Aetheretmon would completely lose its regular tail fin as it evolved from a sea dwelling creature to a semi-aquatic and later, land dwelling creature. However, the fleshy tail it earlier lost regrew into the tail we see in most land animals today.

The hominids that would later evolve into apes and humans lost this fleshy tail as they started walking on two legs. Apparently, the tails would have affected their upright stance. Today, humans, chimps and gorillas do not have tails. Many monkeys have long tails but those that walk a bit more upright have shorter tails. 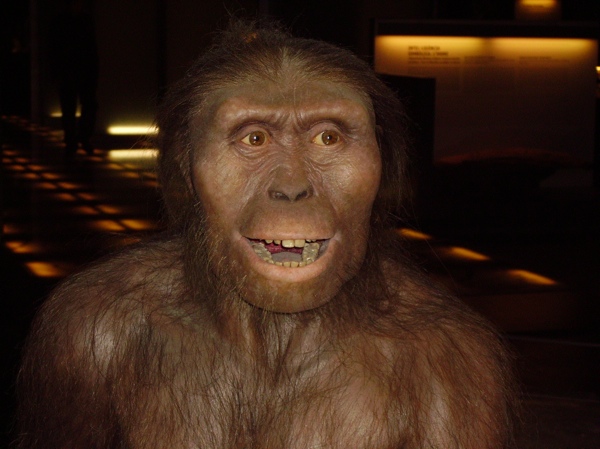 Why do humans have hair even though apes have fur? To find out the reason, we need to go back to the Australopithecus afarensis, a hominin considered the ancestor of the first humans.

The Australopithecus afarensis looked more like apes than humans. Think of it as an ape with human characteristics. It had ape-like arms, legs and fur but had a large brain and could walk upright like humans.

We lost our fur when Australopithecus afarensis abandoned the covers of the thick forests to hunt meat in the open savannah, which exposed them to more sunlight than they were used to.

However, sunlight and fur do no go hand in hand. Fur prevents sweating and traps heat, which would have caused the bodies and brains of the Australopithecus afarensis to overheat. So started losing their fur to allow them sweat and lose heat more easily. 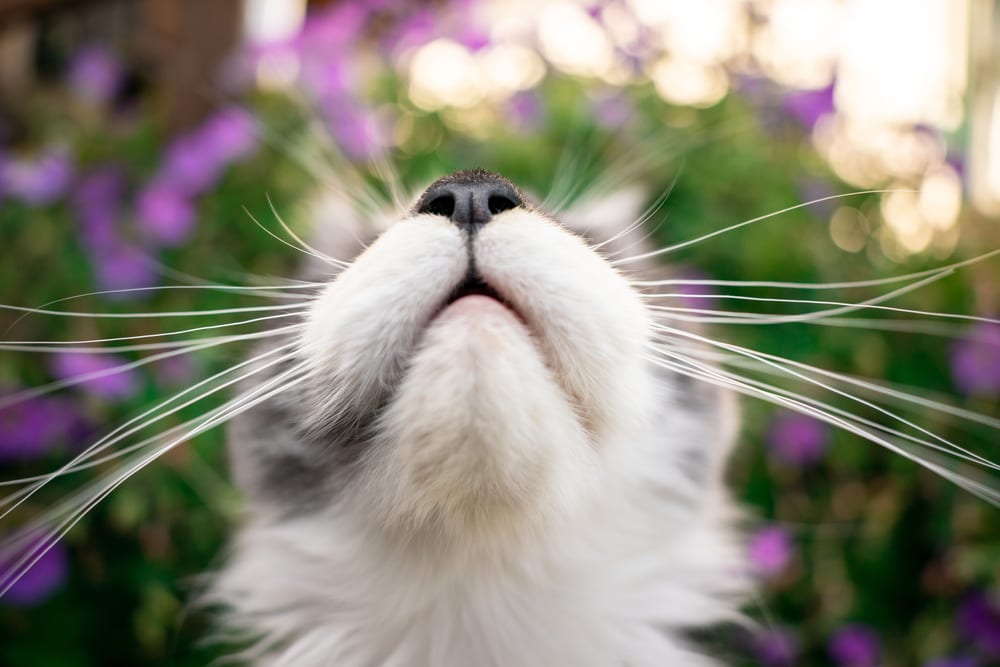 However, we humans lost our whiskers after we transferred the jobs of both whiskers to other parts of our bodies particularly our fingertips, lips and genitals. Those parts are sensitive, just like whiskers, because they take in information from our surroundings and pass them over to our brains.