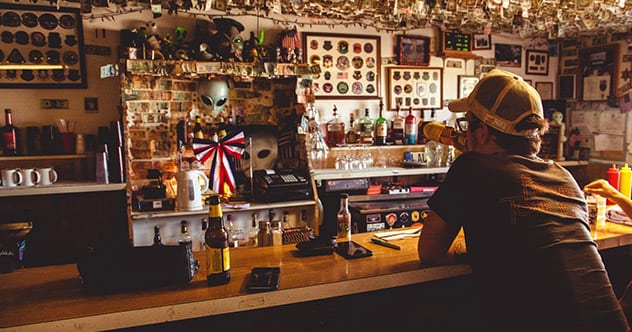 Conspiracy theories try to explain harmful or tragic events caused by the actions of powerful groups. Such an explanation rejects the accepted narrative surrounding these events. Of course, the official version may be considered additional proof of the conspiracy or cover-up.

We are counting down the top ten conspiracy theories involving clones. Let’s look into the bizarre and sometimes incredible beliefs about some of the most famous people on the planet. This is a conspiracy theory, characterized by the more peculiar and impossible ideas.

The conspiracy theory goes that Paul McCartney died in a car accident in 1966 on his way home from the EMI recording studio. His Beatles bandmates were very worried that their careers would be affected by this event, so they replaced him with an orphan named Billy Shears.

Later the remaining bandmates were so frustrated that they began to talk about McCartney’s replacement in their work. This theory gains fuel from the funeral artwork of Sgt Pepper’s Lonely Hearts Club Band. Further theory suggests if you play “A Day in the Life” backward, you will hear a recorded sentence: “Paul is dead, miss him, miss him.” Theorists believe you can also hear John Lennon say the words: “I hid Paul at the end of an endless field of strawberries.”

This theory has been around since the 1960s, but in 2015, some websites reported that Ringo Starr confirmed McCartney’s replacement theory.

In 2010, Miley Cyrus made her dramatic transition from a clean and tidy Hannah Montana to the rough-edged party girl we know today. Since the clone has taken over, she has stripped naked, written songs about sex and drugs. And often, she goes beyond Hannah’s limit.

The theory goes that Disney was not satisfied with the transition from Hannah to Miley. Some believe that they were so angry that they killed her. Then threw her body in the desert and replaced her with a cloned Miley Cyrus. Some even speculate a former background dancer for Hannah Montana.

The theory claims that Lavigne struggled with fame early in her career. At one point, the real Lavigne died after her first album, ‘Let It Go.’ Melissa Vandella then replaced Lavigne, her best friend. Google states that Avril is 1.55m in height. According to the latest update on Vandella’s official website, her height is 1.58m.

Theorists think that the 1.58m Avril they see is Melissa. Melissa succeeded in continuing Avril’s career. She was supposed to be smart about it; instead, she started singing dark songs. And for some reason, Vandella mentioned that Avril was dead in a track ‘Under The Skin,’ in her first album ‘Lookalike.’ She is playing as the new Avril “Under the skin” of the old Avril.

After making ‘Way of the Dragon’, Hong Kong studio, Golden Harvest hired Lee to make their fourth film: Game of Death. Similar to his work on the Way of the Dragon, Lee earned the starring role. He was directing and writing the film. Filming for the movie started in Hong Kong in 1972. Later, Lee received an offer from Warner Bros to make his first (and only) Hollywood film, Enter the Dragon, disrupting the Game of Death film. Sometime after the filming, Lee would return and resume shooting Game of Death. On July 20, 1973, Lee died suddenly at only 32 years of age with his original film partially shot.

As a result of Lee’s death, the movie was scrapped. It looked destined to become another unmade Bruce Lee movie. After some years, Golden Harvest agreed to release the film instead. This was a big obstacle, given that Lee only shot about 40 minutes of the film. Plus, much of Lee’s shot came from the second half of the story. There was barely enough to make a whole film. To solve this dilemma, Golden Harvest brought in ‘Way of the Dragon’ director, Robert Clouse, to finish the movie. The film was released in 1978, and for it to succeed, much of Lee’s scenes had to be replaced by new scenes.

The studio cloned actors who could serve as stand-ins for Bruce Lee, including Yuen Biao. Yuen Biao later went on to be a kung fu celebrity on his own. The studio went through a lot of trouble to mask that these actors weren’t Bruce Lee by relying on lighting (or lack of lighting), sunglasses, costumes, shots from the actor’s back, and more. In one scene, the studio went as far as superimposing the image of Lee’s face on the stand-in.

President Buhari had been hospitalized for an unidentified illness in London. The theory goes that the President who stood for re-election in February 2019 was a clone, a Sudanese lookalike named Jubril. A news outlet put it on Twitter to relay the rumor to Nigerians.

The rumor reported by a Paris-based news agency was in a Twitter post from September 2017. The user wrote, “The Man Who calls Himself ‘Buhari’ Is Not The Real Buhari.” Its name is Jubril from Sudan.” The text has a video of Nnamdi Kanu, Head Commander of the rebel Indigenous People of Biafra. He was telling followers in the video that the elected leader of the nation had died. Kanu reiterated his assertion, each time without evidence, even in his pirate station, Radio Biafra. He named the so-called clone “Jubril Al-Sudani.”

The conspiracy stems from racial discrimination towards Buhari, a northern ethnic Fulani Muslim. He was accused of dismissing the threats on Christian farmers. Meanwhile, the May killing of a Nigerian diplomat in the Sudanese capital of Khartoum became the seed of a bizarre geopolitical suspicion that fuelled the rumor.

In 2011, Eminem announced that he had had writer’s block for four years. Theorists claim this block is an excuse for the difference between 2004’s ‘Encore’ and 2009’s ‘Relapse.’ Theorists believe that the ‘real’ Slim Shady’ died in 2005 in a car accident orchestrated by the Illuminati. The tragic event happened after he declined to collaborate with them.

Many people were unable to see the real truth. They embraced the myth and joined their hero in his new way of thought. The theory goes on to say that the clone is a “sell-out Eminem who guides younger generations to become slaves to the New World Order.”

There is a second belief in the theory. It states that Eminem died in 2006. And the rapper you know today is no more than an impostor put there by the Illuminati. Tom MacDonald, the cloned rapper, did a song in 2019. The lyrics go that the Illuminati “took bone samples to make a clone of the rapper” and mentions Eminem’s name.

Besides, some talk about the 2017 Complex interview in which Eminem praised Jay-Z, the supposed face of the Illuminati. It adds to the hypothesis that the Illuminati had replaced Eminem to further their agenda. In the interview, Eminem saluted Jay-Z and said that he was “very in tune with the times.” He said Jay-Z does things differently and then other people follow it” he added, “That’s great to me, so I’ve always looked up to Jay for that.”

This theory indicates that Katy Perry was someone else in the past. And no, not the Christian rocker age Perry many know about. The theory claims that she used to be JonBenét Ramsey. Ramsey was a young star who was killed in 1996. The theory states that Ramsey was “killed” for the star Perry to be “born.”

“Nobody died, nobody got hurt,” exclaims YouTuber Dave J in a video. “The sacrifice was just in name, and that was to get something, and that something was to become a star. JonBenet has become Katy Perry, and that’s a reality.”

Many believe that Elvis Presley is still alive. The legendary singer and film star, regarded as the King of Rock and Roll, died of heart failure 40 years ago. He died at his Graceland home on August 16, 1977. This was a big shock to the music industry and destroyed millions of fans worldwide.

In the days after his funeral, a handful of doubters speculated that Elvis might not have died at all. Although, the doctor and the coroner clearly stated that the 42-year-old superstar has passed away. Those who did not believe insisted that the beloved baritone faked his death to hide.

Retreating from the conspiracy of death is arguably one of the most famous recurring celebrities’ rumors of all time. Theorists questioned the cause of Elvis’s irregular heartbeat. Theorists believed the said body during the funeral was a wax figure. Since his death, Elvis Presley has roamed Ottawa, Ontario, in and around Graceland. The most famous sighting put him with Muhammad Ali in 1984.

According to an odd theory, once in a while, Megan Fox is replaced by the government’s clones. These clones are referred to by forum users as ‘Fegan.’ Any time she looks old, then suddenly she’s a new clone, say these theorists.

When Beyonce began performing for the first time, her producers agreed that her talent would be lost when she died. For that reason, she should get her hands on a couple of her stem cells. In 2000, Beyoncé’s team removed some of the stem cells from her body if she died. She then died in 2010.

Sasha Fierce is the supposed clone. While the nickname is popular among fans who have taken their collective moniker of the Hive, none of them have associated Beyoncé as Sasha Fierce. Beyoncé described the alter ego as almost another human, who only comes out when she’s ready to take the stage and play in front of her audience of adoring fans.

Bold and highly ambitious, Sasha Fierce led Beyoncé to become one of the most successful live performers in music history. In her interview with Oprah, Beyoncé said that her stage person would appear, “Usually when I hear the chords. She appears when I put on my stilettos. Like the moment before where you’re tense, then Sasha Fierce comes, and my stance and the way I’m talking and everything is new.”